Week 2 (Day 7): LOS ANGELES (USA)
Our Powerhouse Journey Around the World continues. We have travelled 2,217 miles from our starting point, Atlanta, to our new destination, Los Angeles. 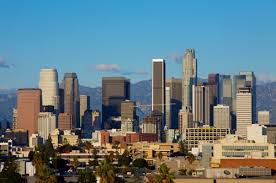 Just like any largely populated city, Los Angeles can be a fabulous place in which to be, but can also be an extremely dangerous one. The safest places in Los Angeles are the fairly unpopulated ones by the edge of the greater metropolitan area. Some of the affluent beach cities, like Malibu, are relatively safe, with the population being so low. However, just like most Los Angeles cities, Malibu also has its gang problems.

Always exercise the Powerhouse Self-Defense rules of PROI: PREDICTION of misplaced situations, that is being aware of anything that appears out of context. RECOGNITION of potentially harmful behavior. OBSERVATION of your surroundings. Look for street signs and landmarks. Know exactly where you are at ALL times. INTUITION: Trust your gut and when in doubt, both feet out! 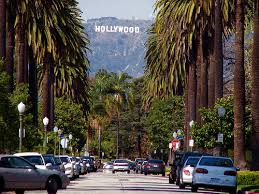 One of the other relatively safe places in Los Angeles is Burbank. Burbank is home to the Warner Brother’s Studios, NBC and the Disney Headquarters. Its neighborhoods are well kept, with residents in well-paid jobs.

Unfortunately, the city of Los Angeles is under policed, with just one officer for every 426 residents. Remember that there is gang activity in almost every neighborhood in Los Angeles. In the most dangerous of neighborhoods you will see graffiti, empty buildings, closed businesses and abandoned cars along the roads. Never be in these areas during the day. At night avoid them completely.

Los Angeles Fun Facts
1. When Los Angeles was first founded, it was named “The Town of Our Lady the Queen of the Angels of the River Porciuncula”.
2. Los Angeles ranks Number 1 in the USA in Energy Efficient Buildings.
3. Los Angeles was the birthplace of the Internet.
4. The average citizen of Los Angeles eats 28 pounds of fried chicken, 50 pounds of French fries, and drinks 325 bottles of beer every year.
5. Los Angeles has the largest number of women-owned businesses in the nation.

CONTINUE WITH US ON OUR POWERHOUSE JOURNEY AROUND THE WORLD. WHERE WILL OUR NEXT DESTINATION BE?