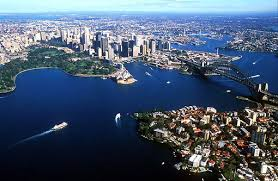 Our Powerhouse Journey Around the World continues. We have now travelled 7,497 miles from Los Angeles to our new destination of Sydney, Australia.

Sydney is the largest city in Australia and the capital of the State of New South Wales. It is bordered by the Pacific Ocean, and spans an area of 690 sq miles.
Capital City of Australia: Canberra
Monetary Unit: AUD (Australian Dollar)

Sydney is a major city and therefore not crime free. It is, however, relatively safe, especially in the tourist areas, though caution should be taken at all times. One particular area to try and avoid isKings Cross. This is a red light district and there have been reports of rape and gang activity. There have also been some problems at night around George Street to Haymarket. 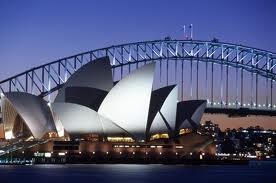 Be careful if you go out to the bars and clubs. Keep an eye on your drinks, as there have been reports of drink spiking. Always go out in a group and keep an eye on each other.

Remember to exercise the Powerhouse Self-Defense rule of PROI: PREDICTION of misplaced situations, that is being aware of anything that appears out of context. RECOGNITION of potentially harmful behavior. OBSERVATION of your surroundings. Look for street signs and landmarks. Know exactly where you are at ALL times. INTUITION: Trust your gut and when in doubt, both feet out!

SYDNEY FUN FACTS
1. Sydney receives over 10 million International and Domestic visitors each year for its beaches and attractions.
2. The main languages spoken in Sydney are English, Arabic, Cantonese, Greek, Mandarin and Vietnamese.
3. The cost of building the Sydney Opera House ended up being AUD 102 million, instead of the estimated AUD 7 million.
4. Sixty percent of Australia’s top 100 companies are headquartered in Sydney.
5. The Harbour Bridge is known as ‘The Coat Hanger’ because of its distinct shape.
CONTINUE WITH US ON OUR POWERHOUSE JOURNEY AROUND THE WORLD. I WONDER WHERE WE WILL GO NEXT!
Jennifer Riis-Poulsen is the Founder & CEO and also a 2nd degree black belt, who formed Powerhouse Self-Defense as a response to the ever-increasing statistics on emotional and physical attacks on females each year. She made reducing these statistics a mission and personal goal and has set out to develop a comprehensive, HOLISTIC personal safety and empowerment program focused on awareness and powerful techniques to build courage and confidence. For more information visit http://powerhouseselfdefense.com