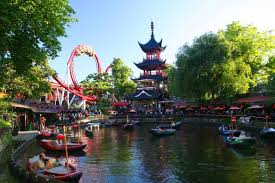 Our Powerhouse Journey Around the World continues. We have now travelled 1,646 miles from Istanbul to our new destination of Copenhagen, Denmark.

Copenhagen is the capital and most populous city of Denmark. It is the largest city in Scandinavia. It is situated on the Eastern Coast of Zealand, 26 miles northwest of Malmo, Sweden. The city of Copenhagen spans 29.81 miles and the metro area 1,170 sq miles

Considering Copenhagen is a big, busy city, it remains a relatively safe one. The crime rates are low compared to other European cities. Though with any destination, travelers should keep an eye on their wallets and purses. 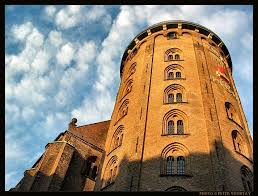 Some of the most popular tourist attractions in Copenhagen are Tivoli Gardens, The Little Mermaid and The Rundtaarn (Round Tower).

The Little Mermaid is a 1.25 meters high, bronze statue, that was inspired by Hans Christian Andersen’s fairy tale about a Mermaid that gives up everything to be with a handsome Prince on land.

The Rundetaarn (Round Tower) is a 17th Century Tower that was built as an astronomical observatory. Today the Round Tower serves as an observational tower with amazing views over the City of Copenhagen. 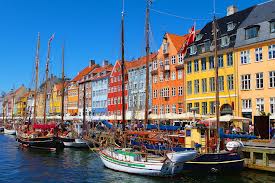 Nyhavn is also a very popular area, not just for tourists but for locals too. Nyhavn is a 17th century, waterfront, canal and entertainment district. The harbor is lined with bars, cafes and restaurants. A fabulous place to just hang-out!

Being such a busy area, there are always those ‘opportunists’ that take advantage of those just enjoying a good time, and so will try and pick-pocket you! As always apply Powerhouse Self-Defense’s rule of PROI: PREDICTION of misplaced situations, that is being aware of anything that appears out of context. RECOGNITION of potentially harmful behavior. OBSERVATION of your surroundings. Look for street signs and landmarks. Know exactly where you are at ALL times. INTUITION: Trust your gut and when in doubt, both feet out!

COPENHAGEN CRIME
Overall, the number of reported crimes have remained steady over the last three years. This includes violent crimes like homicides and assaults. However, Danish officials frequently highlight the international aspect of crime, particularly in areas populated by first and second generation immigrant groups. The rise in illegal immigration has also contributed to the crime rate. 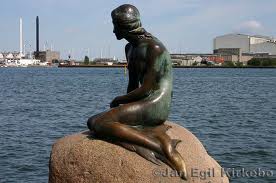 Levels of violent crime remained relatively low in 2011, and reported cases of assault, harassment and murder have decreased slightly from 2010. However, residential burglary rates have increased slightly, with a total of 44,896 reported, which is up two percent from 2010. Additionally, there have been more burglaries occurring outside of Copenhagen in northern Zealand. This area contains fewer apartments and more stand alone homes.

EMERGENCY SERVICES NUMBER: 112
COPENHAGEN FUN FACTS:
1. Copenhagen was once a walled city. Passage was only possible at one of the town’s three ‘ports’ – Vesterport, Oesterport and Noerreport.

2. Copenhagen has been rated as the world’s top cities for cyclists. City dwellers cycle a total of 1.2 km every day.

3. Copenhagen was rated the world’s happiest city in 2007 and rated the fourth most expensive in 2009.

4. Around 30 percent of the Danish population (1.8 million out of 5.4 million) live in the Copenhagen Metropolitan area.

5. Copenhagen’s harbor has been cleaned so well in the past decade that it is now clean enough to swim in the inner harbor.