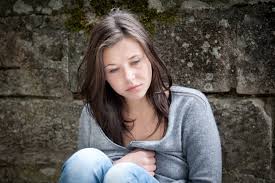 October was Domestic Violence Awareness Month. Although we are no longer in this month, awareness on intimate partner abuse must still remain a topic for discussion and we must continue to strive to reduce the statistics.

Domestic violence is not just a problem in other countries far beyond the shores of the US. It is a very real and insidious problem that is occurring right under our noses and occurs across all socio-economic, ethnic, educational and religious groups.

The number of US women that were murdered by their partners between 2001 and 2012 is 11,766. This is almost twice as many American Troops that were killed in Afghanistan and Iraq during the same period. This is not a ‘domestic’ issue that we can just ignore. It is a national problem that is not going away anytime soon. The facts and figures are sobering!

Many people wonder “Why does she stay?” “Why doesn’t she just take the kids and leave?” “If it was that bad she would have left a long time ago!”

Domestic violence is often associated with physical and emotional abuse. However, there is another ambiguous form of abuse that plays a key role in preventing a women from leaving. It is financial abuse! This is a common tactic used by the abusers to gain power and control over their partners. The decision to stay has nothing to do with having a choice to decide at all. It is the lack of power that prevents the women from leaving.
Financial abuse is a very powerful way of keeping someone trapped in a relationship. Research has shown that financial abuse is experienced in as high as 98% of abusive relationships, and it is the victim’s concern over their inability to become financially independent and provide for themselves and their children, that has them staying or returning to an abusive situation.

As is the case with other forms of domestic abuse, financial abuse progresses over time. Initially the abuser may start to take advantage in a very subtle way, even appearing as loving and charming and claiming to only have the victim’s best interests at heart. For example, in seeing that the victim is under a lot of stress, the abuser may suggest they lighten the burden by taking care of the finances and giving whatever is needed each week. Over time, the amount given becomes less and less and by the time the victim decides to take back control over the finances, it is too late.

Here are some examples of financial abusive behavior that includes controlling the finances, sabotaging employment, theft and unpredictability:

Financial abuse is usually coupled with physical and emotional abuse. Anyone that is in an abusive relationship is deprived of power and this can make is extremely difficult to leave.

The POWERHOUSE Program is designed to build self-esteem, confidence and courage in girls and women in order for them to reach their full potential. According to Abraham Maslow’s pyramid of human needs, safety is a key part in our development, and comes second to our physiological needs. Feeling safe and secure can help you feel empowered to gain the financial security needed to escape an abusive relationship. Additionally, the POWERHOUSE Program is an education in prevention and avoidance. Learning how to identify potentially harmful behavior, the warning signs, from the start is key to preventing someone becoming a victim of domestic violence.

Take the first step towards your Personal Safety and Empowerment TODAY by contacting us at POWERHOUSE STRONG!