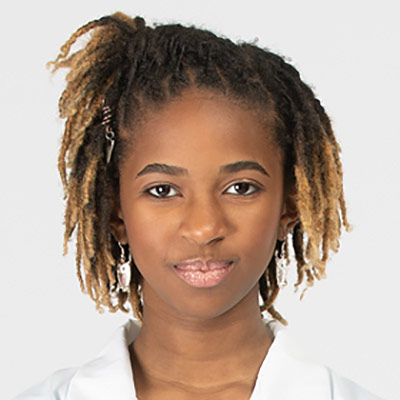 Those are just a few of the words used to describe Alena Wicker, who started college at 12-years old and is now a junior with Pre-Med Biological Sciences as her major. At 13 years old she is the youngest black person in the history of the U.S. to be accepted into medical school.

With a bold dream Alena became the youngest girl of color to work and intern at NASA. She is also using her voice by launching her own platforms, including The Brown STEM GirlTM, The Brown STEM Girl FoundationTM and Brainiac World MediaTM.

Alena was named a 2022 Times Kid of the Year Top 20 Finalist. She received recognition as a 2022 Global Child Prodigy of the World. Her accolades are numerous including being honored as an HBCU STEM Queen in conjunction with Olay and Ebony Magazine.
Alena has also received international acclaim through her features on Good Morning America with Robin Roberts & Michael Strahan, GMA3 – Need to Know, The Kelly and Ryan Show, Black Entertainment Television, and a host of news outlets throughout the world. In addition, she has also been honored by the Phoenix Mercury (WNBA) as part of their Believe in Women campaign.
Alena was not only both traditionally schooled and homeschooled but she was also world schooled.
She is an experienced world traveler which enabled her to attend school in Amman, the capital of Jordan, a city located in the Middle East.

LEGO® sets, Robotics, and NASA are the things that excite Alena. It started at 4-years old when she began traveling to NASA sites to fuel her passion. Phenom. Prodigy. Whiz kid. Those words don’t fully describe the essence of Alena Analeigh. Her intellectual brilliance is only a glimpse into who she is. It’s the depth of her warm-heartedness, quiet spirit, and gracious nature that sets her apart even more. With a clear vision, Alena is on the path to knock down doors for other brown STEM girls, just like her.