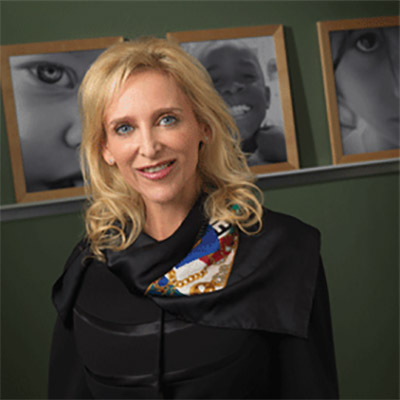 Anne is a Financial Advisor in Dallas, TX and has been one of Barron’s Top 1,000 Advisors. She looks forward to celebrating her 32nd year in Wealth Management this year!  Earlier this July, Davidson’s efforts and commitment to making a difference in the community was recognized by the local CBS affiliate, Channel 11, and featured in their segment “Texans With Character” where the program applauded Anne for charity and the generosity of her Bunny Love Foundation. The segment can be viewed online here:
http://dfw.cbslocal.com/category/watch-listen/texans-with-character/

Inspired by her Mother’s caring heart and love of children, as well as her mother’s own struggle to become an opera singer, Davidson created and funded the Bunny Love Foundation in 1997 and used her Mother’s nickname “bunny” as inspiration.  The charity originally helped aspiring young performing artists pursue their dreams by providing financial assistance. Early beneficiaries of Bunny Love’s charity were Creative Solutions and Dallas Supporters of the Fort Worth Dallas Ballet, where Davidson had served as Charter Director.

Dressing in a white gown adorned with hearts, angel wings and topped off with a crown, Anne transforms into “Bunny Love” giving hugs, kisses, warm wishes and hope to young children.  Anne was featured on FOX4 TV’s “Hometown Heroes” for her charitable efforts.  To date, Davidson has contributed over $2 million of her own funds towards helping her foundation grow.

In 1999, the Bunny Love Scholarship was created and five scholarships were placed through Young Audiences of Greater Dallas.  Bunny Love then expanded its mission by campaigning for causes that serve to curb violence against children, such as a $50,000 Challenge grant and then an additional $50,000 to develop a new Bunny Love Play Therapy Room both to the Dallas Children’s Advocacy Center. There’s also Jonathan’s Place of Dallas, where the Foundation kick-started an expansion project with a donation of $24,000. The Bunny Love Foundation is privileged to have donated $10,000 to the Buckner Children’s Foundation, and is now a member of its Great Heart Society. The Bunny Love Foundation has also provided funding of a total of almost $137,000 to the Vogel Alcove since 1996 to make a difference in the lives of homeless children. In the past six years, a total of over $100,000 of Foundation resources was given to support the efforts of the Collin County Children’s Advocacy Center. The Foundation has also donated to Royal Family Kids’ Camp Sponsor-A-Kid Program. The Foundation has donated $4,000 to the Genesis Women’s Shelter in Dallas, TX and a generous amount of $84,500 was given to the Dallas Summer Musicals, as well as $50,000 for scholarships to Booker T. Washington High School for the Performing Arts.