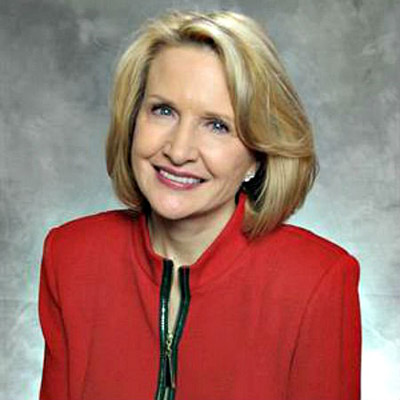 Catherine Monson was named CEO of international signage, graphic and visual communications franchise, FASTSIGNS International, Inc., in January 2009. She brought a strong background in management and business leadership, as well more than 30 years of franchising and digital printing experience. Monson is known for her mentoring leadership style, always concerned about her franchisees on both a business and personal level. She strives to bring that same style to the more than 615 franchised FASTSIGNS® worldwide, as well as to the 100+ employees that comprise the FASTSIGNS International corporate team.

Her vision of becoming president was fulfilled in 1999, when she was named president of PIP Printing & Document Services (PIP was acquired by Franchise Services, Inc. in 1996). As president, Monson successfully reorganized the company and changed the strategic marketing direction increasing franchisee satisfaction and profits after six years of decline.

Since joining FASTSIGNS in early 2009, Monson has been on a mission to advance the brand from that of just a sign and banner provider to a visual ideas and comprehensive solutions provider for all kinds of businesses. Many got to see her commitment to FASTSIGNS when she appeared on the two-time Emmy Award-nominated reality series, “Undercover Boss”, in May of 2012. The show follows high-level corporate executives as they slip anonymously into the rank-and-file of their own company to examine the inner workings of their organization.

Monson’s career track is impressive, not only for the positions she has held, but also for the leadership she has provided and the respect she has earned from her peers. In 2009, Monson was honored by the International Franchise Association (IFA) as the Bonny LeVine Award recipient. This prestigious award is bestowed upon a female franchisor or franchisee who has demonstrated ability in franchising through contribution to the growth of the business; contributions to her community through board positions, volunteer work and activities that promote the professional advancement of women; and contributions as a mentor to women in franchising. In 2010, she was recognized by the Dallas Business Journal as one of the top 25 Women Industry Leaders in the Dallas Metroplex and in 2013, she was named an “Innovator and Influencer” by Sign and Digital Graphics magazine.

A strong advocate for small business enterprise and franchising, Monson spends much of her time and energy serving on the Board of Directors for the International Franchise Association (IFA), the world’s oldest and largest organization representing franchises worldwide. Currently serving on the IFA Executive Committee and Chair of the Franchisor Forum, past committees she has acted on include the Educational Foundation Franchise Relations Committee, the Awards Committee, the Franchisor Forum Research Committee, the Benchmarking Task Force and the Franchise Relations Best Practices Task Force. Through her service with the IFA, Monson works to help further the IFA’s mission of protecting and promoting franchising through government relations, public relations and educational programs. In 2014, she testified before the US House or Representatives Workforce Subcommitee on the potential negative consequences of the NLRB’s expected expansion of the definition of “Joint Employer”.

Currently a certified franchise executive, Monson actively gives back to the franchising community through writing articles for Franchising World Magazine as well as public speaking. She has been a panelist in breakout sessions at every IFA Convention since 2006. She served as a keynote speaker for the 2016 IFA Convention and will present thea keynote session presentation at the 2016 National Franchise Convention in Australia in October, the 2016 Brazilian Franchise Association in October, as well as the Canadian Franchise Association Convention in April 2017.

In 2016, Monson was selected as a Soderstrom Society Inductee, an honors association that recognized the outstanding contributions of professionals whose careers have advanced the printing and graphic communications industry.

Additionally in 2016, she received inaugural Women in Print Award from Big Picture, which honors six exceptional women who have advanced the digital printing industry through their innovation, vision in leading successful businesses and philanthropy.

Under Monson’s leadership, FASTSIGNS International, Inc. received the 2016 Secretary of Defense Employer Support Freedom Award, the highest recognition presented by the Department of Defense to employers for their exemplary support of National Guard and Reserve members.

A graduate of Pepperdine University, with a Bachelor of Science Degree in Business Administration, Monson likes to contribute to the world of higher education by investing time with the Pi Sigma Epsilon National Education Foundation Board of Trustees. She has been a keynote speaker at two Pi Sigma Epsilon conventions, in 2011 and 2016.

In 2012 and 2013, she worked to rally businesses and organizations to help find a cure for blood cancers, serving as the Dallas/Fort Worth Corporate Walk Chair for the Leukemia and Lymphoma Society’s Light the Night Walk.¬¬