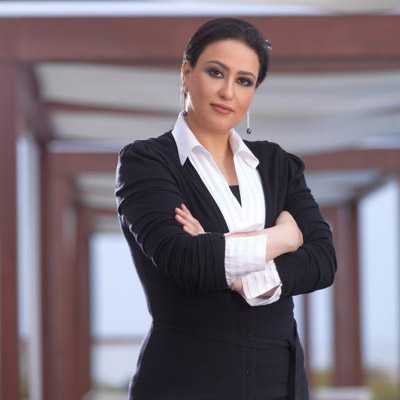 Described as ‘an energy source, a fountain of ideas and an iron woman’. Nashwa Al Ruwaini has been known to cause a stir wherever and with whatever she is involved. She bacame a household name in the Middle East when her talk show ‘Nashwa’ was launched in 2006, since then the “Oprah of the Arab world” has made her mark as a TV personality and producer.

Cairo Born Nashwa started her career on Qatari radio before becoming the youngest Arab woman on TV while working for Qatar TV. In 1998 after time in London and Cairo, Nashwa established her own production company Pyramedia in the UAE. Pyramedia is today one of the largest of it’s kind in the region, producing popular TV shows such as Million’s Poet.