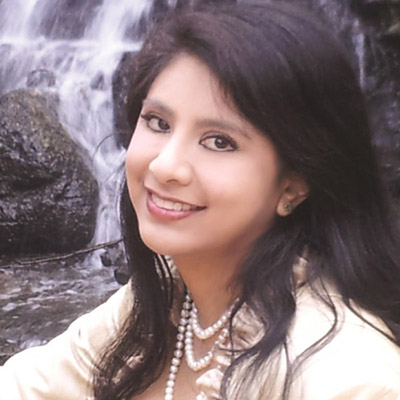 An artist and philanthropist, Mary Ann was born in Mexico and adopted when she was just five days old by Debra and John Thompson, who was the CEO of the 7-Eleven Corporation and a civic leader in Dallas. She grew up in Dallas, surrounded by her extended family. As a child, she experienced various health problems, including hearing loss and chronic asthma, which, combined with her ethnicity, would have made it easy to grow up feeling sorry for herself. Instead, her father taught her to see challenges as opportunities for strength and wisdom. It was her family’s example that awoke her interest in issues such as human rights, the environment and the arts. “My father taught me this world owes us nothing, yet we owe it to the world to make it a better place,” Mary Ann says.

As an artist, Mary Ann has received major awards, including ARTV’s Sculptor of the Year Award, and her company, Thompson Fine Arts, Inc., was nominated for DBCA’s Obelisk Award for donating gallery space for the Visual Arts Coalition of Dallas, which represents more than 7,500 visuals artists, and where she served as chair of the Advisory Board from 2003 to 2009.

She has also received several awards for her philanthropic and activist efforts including being recognized by Philanthropy World Magazine as a 2006 Honoree and The Foundation For Pluralism 2007 Award. She has also been selected out of the state of Texas to receive the 2008 Brilliantly You Award for excellence in Philanthropy. She has served on over 14 different boards that range from local to international in their scope, including as a current member of the Board of Trustees for The Interfaith Center of New York, Board of Advisors for The Indigenous Institute of The Americas, as well as a regular sponsor and Chair for projects such as DFW International’s/VACD’s Pablo Neruda Exhibition which featured several well known Mexican artists and those of Mexico’s indigenous cultures. She is described by Chicago’s WomanMade Gallery, where she serves on the Advisory Board, as “a prolific artist, writer and social activist!”.

Although the most important pursuit in her life, The Memnosyne Foundation is not the only one. She and Joshua have also established the John Philp Thompson Foundation to support research on non-radiation/non-chemotherapy cures for glioblastoma (brain cancer) in honor of her father who died from the terrible disease. Their first donation went to Duke University’s Brain Tumor Center’s Immunotherapy program and their most recent donation went to a joint project between John Hopkins’s University and the University of Milan.

She has been a guest speaker on issues of religious tolerance, healing between divided cultures and religions, and embracing a globalized world community responsibly, for Heifer International in Rwanda, The Foundation for Pluralism, The World Muslim Congress For Peace, The Dallas Green Alliance and was a featured speaker in Malaysia in February 2009 for the benefit of 300 Muslim women searching to discover ways to create peace in the Middle East while protecting their cultural heritage. She has also led her foundation, The Memnosyne Foundation, in its successful efforts to negotiate the first treaty and plan of action between the Traditional Leadership of the Navajo and Hopi Nations. Together with her husband, Joshua Frenk, Mary Ann has sponsored various human rights, arts and environmental programs both individually and via the Memnosyne Foundation which provided grants to three Nobel Peace Prize Laureates: Betty Williams, Rigoberta Menchu, and Jody Williams, as well as supporting the CRRR Interfaith Caravan in Mauritania that is fighting bigotry against those with HIV/AIDS and terrorism through education and service. Other endeavors include sponsoring and overseeing the collaboration for the International Summit on Indigenous Environmental Philosophy which produced the Redstone Statement from input from 40+ indigenous environmentalists

Mary Ann has led the Memnosyne Foundation to move its interfaith programs from the traditional lecture series styled program into a community service oriented one that engages individuals past religious, racial and economic divides by collaboratively designing the Memnosyne Interfaith Service Network that has since grown to 3,000 people in just two years and is now entering its 10th year thanks to the leadership of the Memnosyne staff and larger volunteer community in the midst of one of the most demographically divided times of the state of Texas. There are plans to launch a similar program in Kyoto in collaboration with the Shinto community of Oomoto in 2011. Most recently in 2011 the organization was praised by the Dallas Morning News for launching GreenSourceDFW.org in order to provide the first online community link between both for-profit corporations and non-profit environmental organizations, as well as for the innovative individuals with solutions to share. Other work includes establishing 3 clinics and a school/cultural center in the Yucatan for the Mayan people, as well as other work in Mexico, Rwanda, Tanzania, Vietnam, Malaysia, Mauritania, Guatemala, and with several Native American communities including the Hopi, Navajo, Ute, Blackfoot, Maya, Toltec, Tesuque Pueblo, as well as the Dallas Inter-Urban Tribal Center. Work has also been done with the Liberian Truth and Reconciliation Commission that helped to bring the most survivors forward to testify from the New York area than had been willing to come forward before.

The stated goal of The Memnosyne Foundation, “to provide mankind with the means to encourage positive, peaceful, global collaboration in all areas of knowledge” is being achieved via their ongoing global programs and via the creation of both virtual and physical “Campuses for Humanity” inspired by ancient Xochicalco wherein there will be Centers for Health and Medicine, Center for Science, Environment, and Economics, Center for the Arts, Center for Spirituality, Center for Interfaith Inquiry, Center for Indigenous Cultures, and Center for Global and Local community Outreach….each center aimed towards encouraging people to become “Conscious Cultural Creators” embracing the responsibility for how their actions are forming the current and future culture of humanity.

Mary Ann and Joshua have recently led their organization to team up with Dr. Don Beck to bring the many leaders it has developed relationships with together to discover how their different areas of knowledge are interacting and can further serve humanity through discovering potential collaborations across knowledge areas In May of 2011 in their “Memnosyne Local & International Community Leaders Visioning”.

She explains, “While the current focus on globalization is on how it will affect the world economy, few are discussing how else it will continue to affect the global culture of humanity: It will affect the arts, the sciences, the spirituality, and the very ecology of our planet. Today we are at a point between countries and cultures where we will either bump into each other, walk over each other or instead we can choose to collaborate with each other consciously and evolve humanity. If we allow ourselves to evolve randomly, we will invite more misunderstanding, more war, and less innovation. But if we can choose to collaborate and become the conscious cultural creators of humanity’s future, that future is limitless. The creation of the Memnosyne Foundation is intended to serve the world as a means for peaceful global collaboration in all areas of knowledge.”