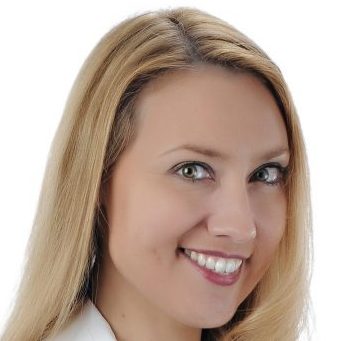 Monica L. Martinez is Senior Vice President of Business Affairs for Comerica Bank, and assumes the dual roles of managing the Corporate Contributions function for the bank’s Texas and Arizona markets as well as overseeing all aspects of the bank’s involvement of Hispanic Business Development nationally.

In her role as Corporate Contributions Manager, Martinez maintains oversight of charitable contributions budgets as well as all facets of corporate philanthropic giving in the Texas and Arizona communities. She is further responsible for all day-to-day program management of Comerica’s charitable foundation and sponsorship programs. In addition, her responsibilities include developing and maintaining relationships with key community stakeholders.
In the capacity of National Hispanic Business Developer, Martinez serves as the liaison for the bank within the Hispanic community, directing Comerica’s Hispanic business and community outreach in the bank’s primary markets, which are comprised of Texas, Arizona, California, Florida and Michigan. In addition, she helps direct the bank’s Hispanic Business Initiative teams and Hispanic Employee Resource groups. She is also accountable for growing business relationships and developing outreach initiatives with emphasis on the bank’s expanding markets nationwide.

Martinez joined Comerica in 2006 in support of the bank’s ongoing commitment to building strong relationships with Hispanic business owners, entrepreneurs and communities. Under her leadership, Martinez’ teams have reached many milestones including Comerica being named to the Hispanic Business Magazine’s Diversity Elite 60 list (in the top 10) in addition to being highlighted as the number one company for Supplier Diversity for two consecutive years. In addition, Latina Style Magazine named Comerica as one of the top companies for Latinas to work. Other examples of
her success include the launching of a Comerica Web site in Spanish and the acceptance of the Matricula Consular identification card at Comerica banking centers nationwide. Earlier in her career, Martinez worked at Ford Motor Company, where she served as Grassroots and Political Communications Manager, holding a variety of positions on the corporate staff during her 10-year tenure.

Martinez actively serves on the board of the Michigan Hispanic Chamber and SER Jobs for Progress National in Irving, TX. Martinez has received a number of honors for her work. Most recently, she was named as one of the Top 10 Latina Women in Corporate America by Latino Leaders Magazine and was named as 2014 Latina of Influence by Hispanic Lifestyles.com. In addition, she was among one of the 2014 “One Tough Cookie” honorees recognizing female leaders by the Girl Scouts of Southeastern Michigan. Other recognitions include being named as a Diversity Business Leader by Corp Magazine in 2011 and receiving the 2011 Enterprising Spirit Award from Wayne State University for her exceptional contributions to mentoring students. Martinez was also named one of the 100 most influential Hispanics in the U.S. by Hispanic Business Magazine in addition to the Latino Leaders magazine “Ones to Watch” list in 2010. In 2009 she received the Fusion Horizon Award from the Detroit Regional Chamber of Commerce Young Professionals program, which recognizes young individuals for their professional accomplishments and work within the community. Martinez was also honored as the HACR Young Hispanic Corporate Achiever in 2008 and the Executive of the Year by the National Society of Hispanic MBAs Detroit Chapter in 2007.