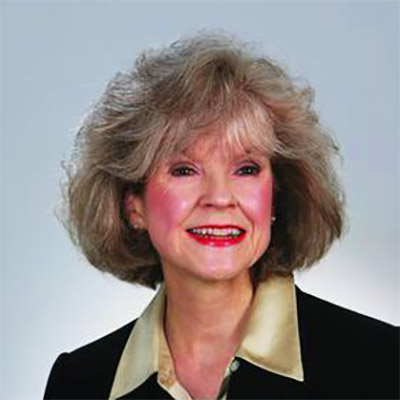 Nell St. Cyr was born in Houston Texas, and proudly resides there still. She is married to Peter Fucik, a Texas native, and they have one son, Chip.

Nell’s path to becoming the first female to ever serve as President of the Petroleum Club of Houston is ripe with perseverance and a respect for relationships. Nell graduated from the University of Houston with a degree in music and briefly sang with the Houston Grand Opera. Despite her desire for a soaring mezzo soprano career, economic reality encouraged Nell to join the corporate world, her first job working with the then Texas Commerce Bank in their IT department. As IT was still a rather new but rapidly growing area, this provided a great opportunity to learn and evolve on the job.

Nell later moved to a role with Electronic Data Systems (EDS) where she applied both her on-the-job experience and her penchant for building and managing relationships. While at EDS, Nell worked with clients such as Exxon, Enron Oil and Gas, and Continental Airlines. Highlights from this period include travelling to Guam to teach a course and serving as the Operations Manager for Continental Express and Chelsea Catering.

In 1997 Nell joined Shell Services International, newly formed to sell IT outsourcing services to internal and external clients. Today, Nell serves as the External Representation Manager for Shell’s global IT department as well as the global Contracting & Procurement department. This is a key role that helps manage both internal and external relationships to maintain and strengthen Shell’s reputation.

In addition to a full career, Nell enjoys contributing to numerous community and professional organizations, such as: