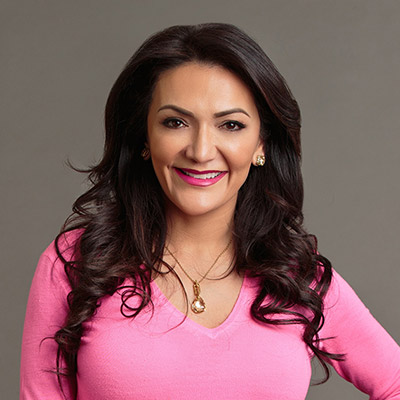 Nina Vaca founded Pinnacle in 1996 as an information technology services provider to the Fortune 500. Under Vaca’s leadership, Pinnacle has become one of the fastest growing firms in a $100+ billion dollar industry, with revenues approaching $250 million and over 4,000 personnel working throughout the US and Canada.

Pinnacle is one of the most widely recognized and honored companies nationwide with over 50 national and local awards over the past decade, including seven consecutive years among the Top 10 fastest growing firms in its industry, two recognitions as National Supplier of the Year by the National Minority Business Development Council, and global recognition by AT&T as one of its top six suppliers worldwide. Pinnacle has also been named to Inc. 500/ 5000 list of fastest growing companies nine years in a row.

Vaca has appeared on CNBC Squawk Box, FOX News, CBS Evening News and in Fast Company Magazine as one of the Top 25 Women Business Builders in America. She has also been featured in numerous magazines both domestically and internationally, including Forbes, Kiplinger, Entrepreneur, Latino Leaders, Vanidades, Ali, HISPANIC, and KERA CEO Review

Vaca’s story opens the Entrepreneur chapter of Understanding Business, a McGraw Hill textbook used for teaching entrepreneurship at universities today. She is also a recipient of the coveted Ernst & Young Entrepreneur of the Year award for Technology and Communications for the Southwest Region.

She has been recognized in each of the past three years as one of the 101 Most Influential Latinos in America by Latino Leaders magazine.

Nina is currently the Chairman Emeritus of the USHCC, an organization that represents more than 3.1 million Hispanic businesses in the country.