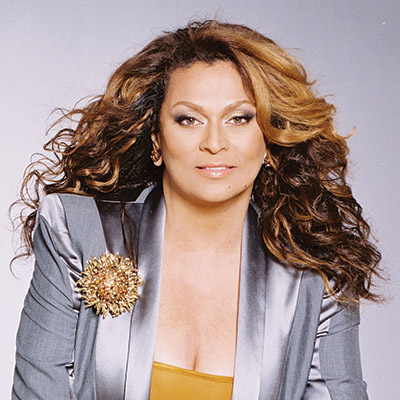 “I don’t know anybody who loves high fashion more than I do, however, you should still be able to have access to beautiful clothes if you are on a budget.” – Tina Knowles

Over the past few years, the name Tina Knowles has become synonymous with awe inspiring fashion. A visionary designer from Galveston, Texas; Tina grew up surrounded by prolific style and innovative fashion. Raised by her mother Agnez Deréon Beyince, a professional seamstress who catered to private clients, Tina’s style constantly evolved by experimenting with different patterns and re-designing traditional clothing to create new and aspiring looks for herself and those around her.

Tina wowed the fashion industry by styling and designing for her superstar daughter, Beyoncé Knowles, along with Kelly Rowland and Michelle Williams, members of the most successful female recording group of all time, the world- renowned Destiny’s Child.. With Tina’s fashion guidance, Destiny’s Child was elevated to the platform of, “style icons” and Tina Knowles was credited with launching a new era of style for the MTV generation not seen since the golden age of Motown.
Tina founded her own clothing line with daughter Beyoncé Knowles. Together they formed Beyond Productions and named their initial clothing collection, “House of Deréon.” Named after Tina Knowles’ mother and Beyoncé’s grandmother, Agnez Deréon Beyince, the line honors the woman who started Tina’s love of fashion.

The line of dresses consists of body conscious styles for cocktail and evening and incorporates luxurious fabrics such as silk charmuese, chiffon, and satin crepe. Available at better department stores across the country that include Neiman Marcus, Bloomingdale’s and Nordstroms.

Passionate about helping the homeless and the youth, Tina, her husband Mathew and daughters Beyoncé, Solange and Destiny’s Child member Kelly Rowland along with St. John’s Church have established a center for young people known as “The Knowles-Rowland Center for Youth located in Houston, Texas. In addition, the Knowles family established “The Survivor Foundation” in 2005 and is co-sponsoring a Transitional Living Center for individuals in need of temporary shelter and housing. Mrs. Tina also travels to different schools speaking to several at risk teens about never giving up on yourself and your dreams.

Tina Knowles concludes, “I feel as if I’ve done a little bit of everything. I’ve always wanted to help make people feel good about themselves. I guess you could say that’s been my lifelong passion-to make people look and feel beautiful.”