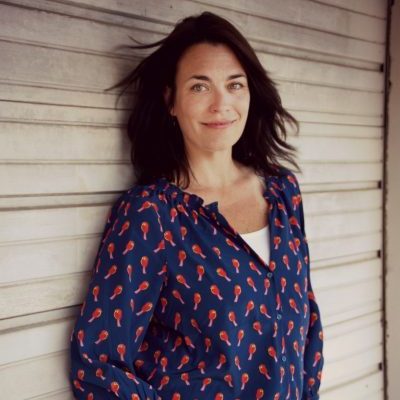 Meredith Walker began her television career under the mentorship of legendary journalist Linda Ellerbee at Nick News. As a producer of that show, Walker traveled to nearly every state in the U.S.A. interviewing kids for the Peabody and Emmy award winning series. This experience would become the foundation of her deepening interest in the lives of young people. Next, Walker served as head of the Talent Department for Saturday Night Live where she met her best friend, Amy Poehler. The pair combined their talents to create their shared vision: Amy Poehler’s Smart Girls.

Bradford’s books have sold more than eighty-eight (88) million copies worldwide in more than ninety (90) countries and forty (40) languages. Ten (10) of her books have been made into miniseries and television movies.

Now living in Austin, Texas, Walker devotes her time and talent to directing Amy Poehler’s Smart Girls, an online community for young girls and the young at heart,  encouraging  activism and self-expression. Walker creates and produces Smart Girls online initiatives, including Girls of the World and the ABCs of Smart Girls, live workshops and camps in Austin, and at speaking engagements nationwide.

Meredith is a mentor for the Ann Richards School for Young Women Leaders, serves on the ONE Girls and Women Advisory Board, and served as a delegate for ONE and Heifer International 2015 mission to Malawi.  She also served as the journalism envoy for the U.S. State Department Bureau of Culture and Education’s mission to the Al Za’atari and Emirates Refugee Camps in Jordan. In the first quarter of 2016 Walker was a guest of the White House, participating in the Champions of Change for Computer Science Education and the Let Girls Learn initiative.

Meredith was named a “Profile In Power” finalist by the Austin Business Journal.  Austin Way Magazine designated her as “The Confidence Builder”, and Tribeza Magazine called her  “unapologetically, brilliantly herself” in naming her one of their 30 “Persons of the Year.”