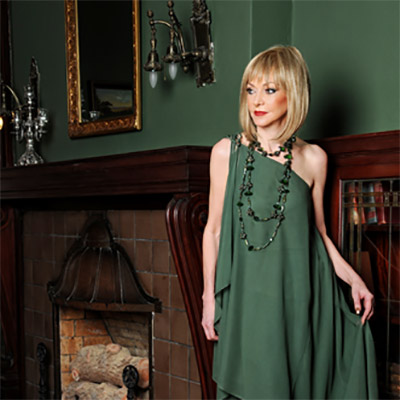 Paulette Martsolf is a Newfoundland native who began her fashion design career at the age of 20. She garnered top design school honors from Sheridan College in Toronto and studied design abroad in Paris, France. Launching her successful 20 years in fashion off of a pajama pattern she is thrilled to now offer cutting edge daytime, evening, couture and jewelry designs for the refined female who seeks trend and comfort. Her collections are showcased in her resort style boutique which is the longest running ladies storefront in Snider Plaza. Her fashion influence has proven to be popular in and far beyond Dallas and her charitable spirit—even further.