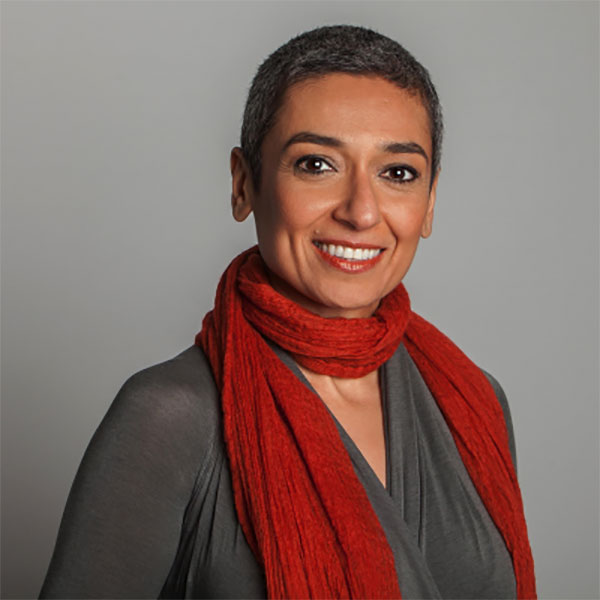 August 5, 2018 / wtsmacadtech / Comments Off on ZAINAB SALBI
People Magazine named her as one of the “25 Women Changing The World” in 2016, Foreign Policy Magazine named her as one of the “100 Leading Global Thinkers,” and Fast Company identified her as one of 100 “The Most Creative People in Business.”
At the age of 23, Zainab Salbi founded Women for Women International, a grassroots humanitarian and development organization dedicated to serving women survivors of wars by offering support, tools, and access to life-changing skills to move from crisis and poverty to stability and economic self-sufficiency.  Under her leadership as the organization’s CEO from 1993 until 2011, Women for Women International grew from helping 30 women upon its inception to helping more than 420,000 women in 8 conflict areas. It also distributed more than $100 million in direct aid and micro credit loans that impacted more than 1.7 million family members.  Salbi was Executive Editor and Host of the nationally broadcast PBS Show #Me Too, Now What?.  Her other TV projects include: THE ZAINAB SALBI PROJECT, an original series with AOL and Huffington Post; and, The Nida’a Show with TLC Arabia.  The Nida’a Show started with the historic first interview of Oprah Winfrey in the region (Oprah had presented Salbi 10 times on her own show). Her books include Between Two Worlds: Escape from Tyranny: Growing Up in the Shadow of Saddam, The Other Side of War and If  You Knew Me You Would Care.  Salbi’s forthcoming book, Freedom is An Inside Job: Owning Our Darkness and Our Light to Heal Ourselves and the World, is scheduled for release in October.  She is currently the editor at large at Women in the World in association with The New York Times.  Zainab’s website: http://zainabsalbi.com